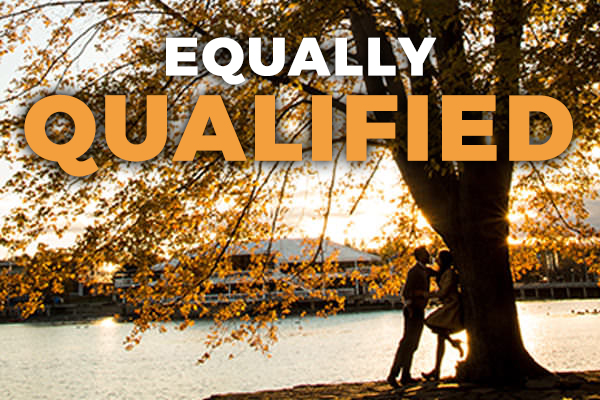 I heard of a woman called to minister. In her heart of hearts, she knows God called her to preach from the pulpit, but she also believes she needs a man’s “covering” in order to minister. She agonized over this. She’d studied theology with some of the greatest teachers of our time and she was prepared for ministry. Meanwhile, she was struggling in her marriage, and her husband got caught up in some scandalous business. She knew she couldn’t save him or their marriage, but she was afraid a divorce would be the end of her ministry. She thought, “I have to be married. I have to have a husband.” It’s hard enough for a woman to be heard after a man has introduced her. Who would listen to her in her own right? I believe the covering of God is sufficient for all of our callings.

I have heard another female minister say God used her because he couldn’t find a man to do what she does. I thought, so God doesn’t use women in that area of ministry? In conversations, we learn these different mindsets and traditions. It’s not right. I have even heard a woman say her husband allows her to minister at times. He is determining her calling, not God. There is no equality there. Do we hear male ministers say they need permission from their wives to preach? Could you imagine Creflo saying that? It sounds ridiculous when we break these things down because they’re not Christlike. God has called us to be led by the Holy Spirit. Men and women are equally qualified to serve God. There should be no limitations or restrictions.
‑Taken from Chapter 6 of Gender Roles

If we are not careful, we will let traditions hold us back from doing the will of God. If God has called you to do a thing, do not let your gender hold you back from following him. If you’re struggling in this area, let me know. Leave a comment below!